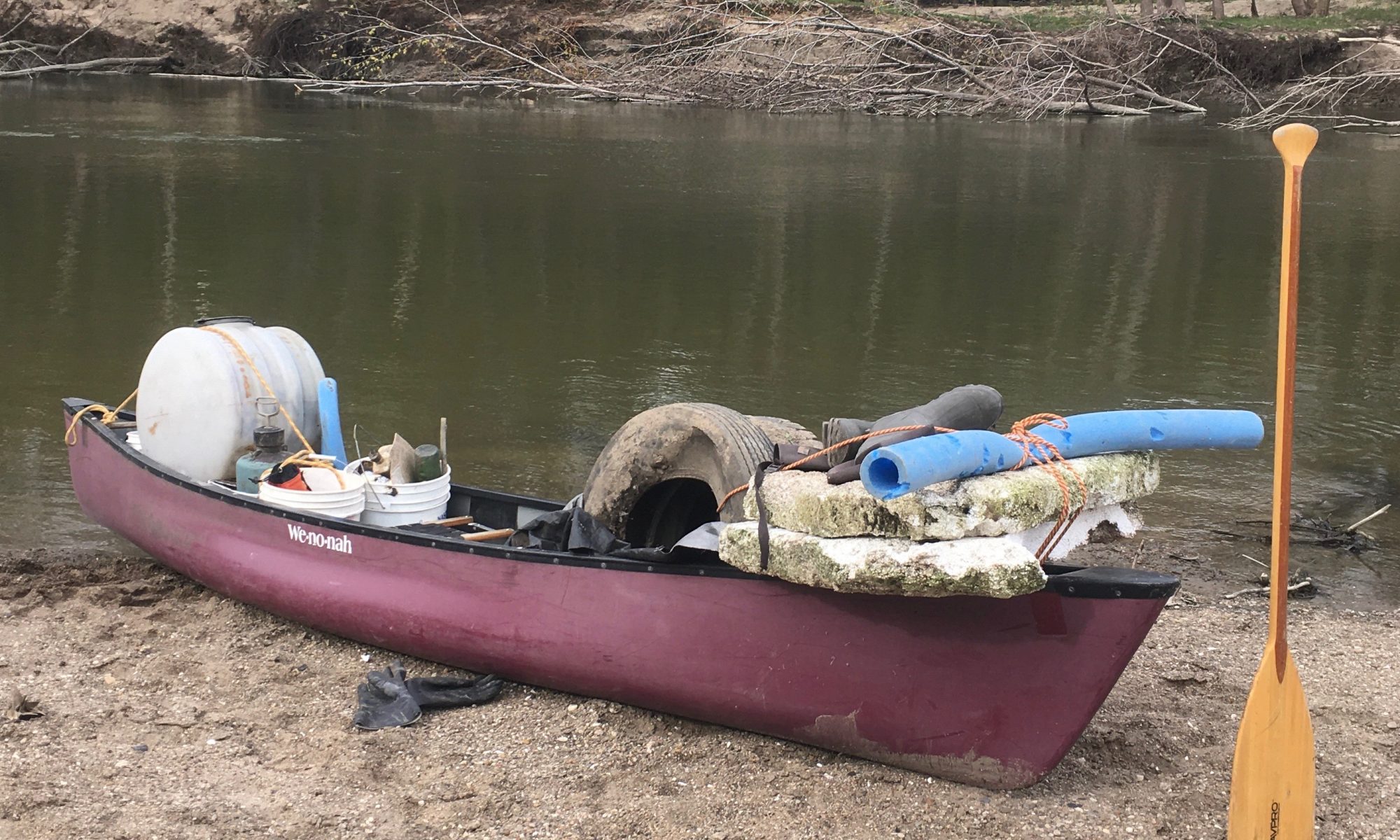 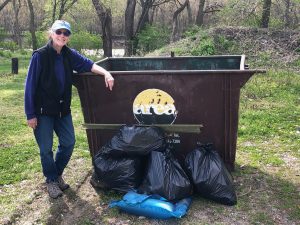 Ironically, much of the litter had accumulated at a scenic overlook where one can watch the river flow.

Judging from the trash and tire tracks, people enjoy a picnic meal in their car while presumably enjoying the view of the river and then dump their carryout and drink containers on the ground.

Also on Earth Day, MCTG member Scott Hewitt used his canoe to pick up trash along another stretch of the river. Trash in and along the river comes from many sources ranging from illegal dumping along the river and its tributaries to careless littering on sand bars by those using the river for recreation. 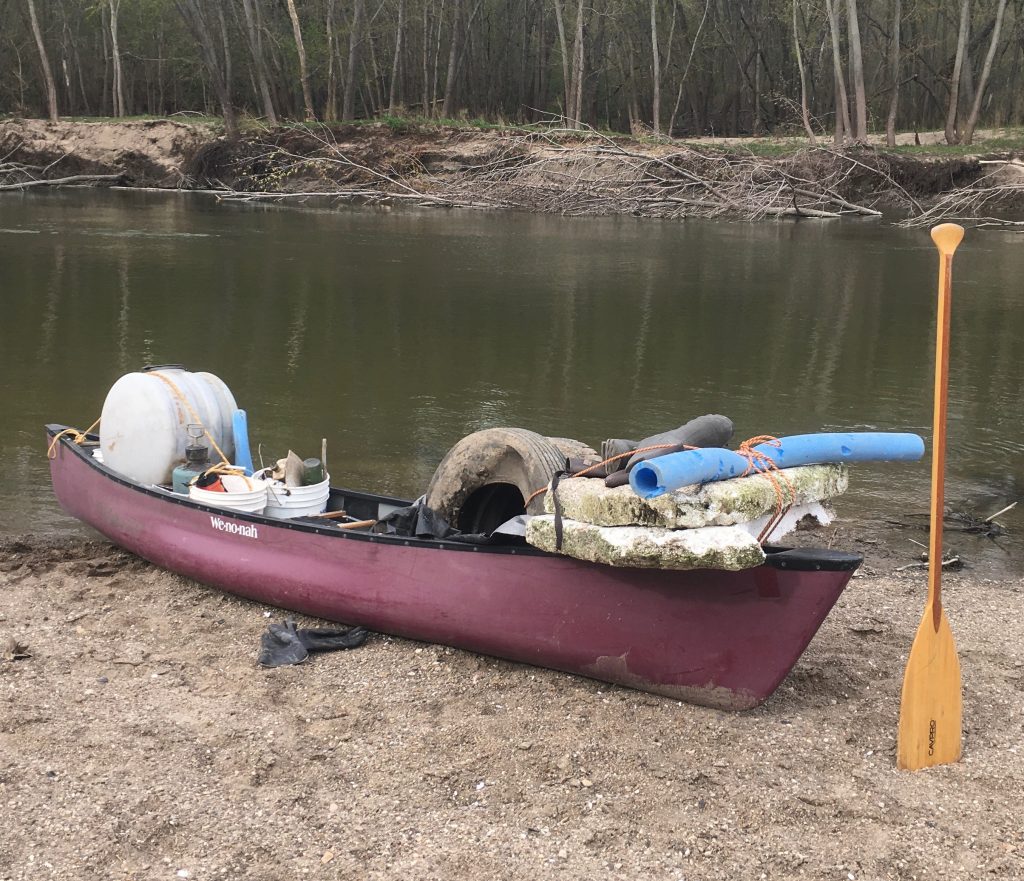 Throughout the world rivers nurture and sustain life, and they have done so for millions of years. Hundreds of thousands of plant and animal species live in rivers and on their floodplains.

Humans have long been attracted to rivers. The remains of ancient camps and villages, some more than 10,000 years old, have been found along rivers everywhere. Beginning thousands of years ago, cities and then states developed on riverbanks in Mesopotamia, India, and China, and eventually on every continent except Antarctica.

In time and for many reasons, communities replaced their connection to rivers. Instead of depending on their life-giving capacity, many people now use rivers to remove waste and unwanted items or they ignore them completely until the threat of floodwater appears. In many places community river fronts have become abused and unappreciated backyard property.

The Sangamon River and Hurie Park should be sources of pride for Petersburg. The river provides an opportunity to explore nature, remind us that we are part of the extraordinary web of life, and that we have a unique responsibility for the earth’s well-being.  And, Hurie Park provides opportunities for recreation and all of its benefits.